Through the years, Teva has been associated as a success story - a story that transcends local borders and one that is a source of national pride and inspiration. We were called in to help with their recruiting efforts during a challenging time as the company was expanding its workforce.

To help Teva with their challenge, we created a campaign that puts its employees front and center. The campaign showcased personal stories of purpose and pride for employees and their families, stories that affect people worldwide. The campaign’s main slogan was “It begins here in Israel” - “זה מתחיל כאן בישראל”, which helped establish Teva as ‘made-in-Israel’ and was shown in commercial advertisements and posters. 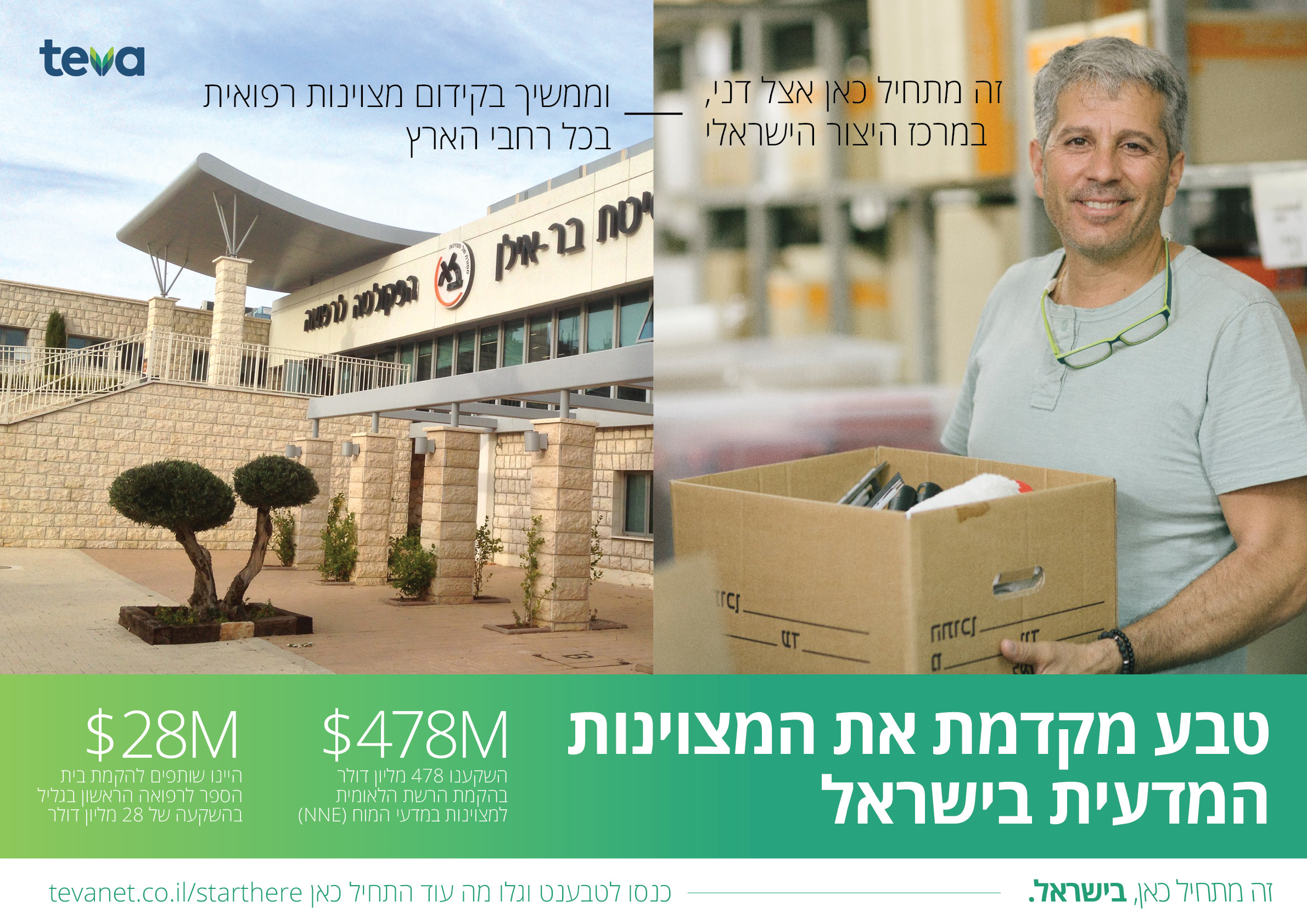 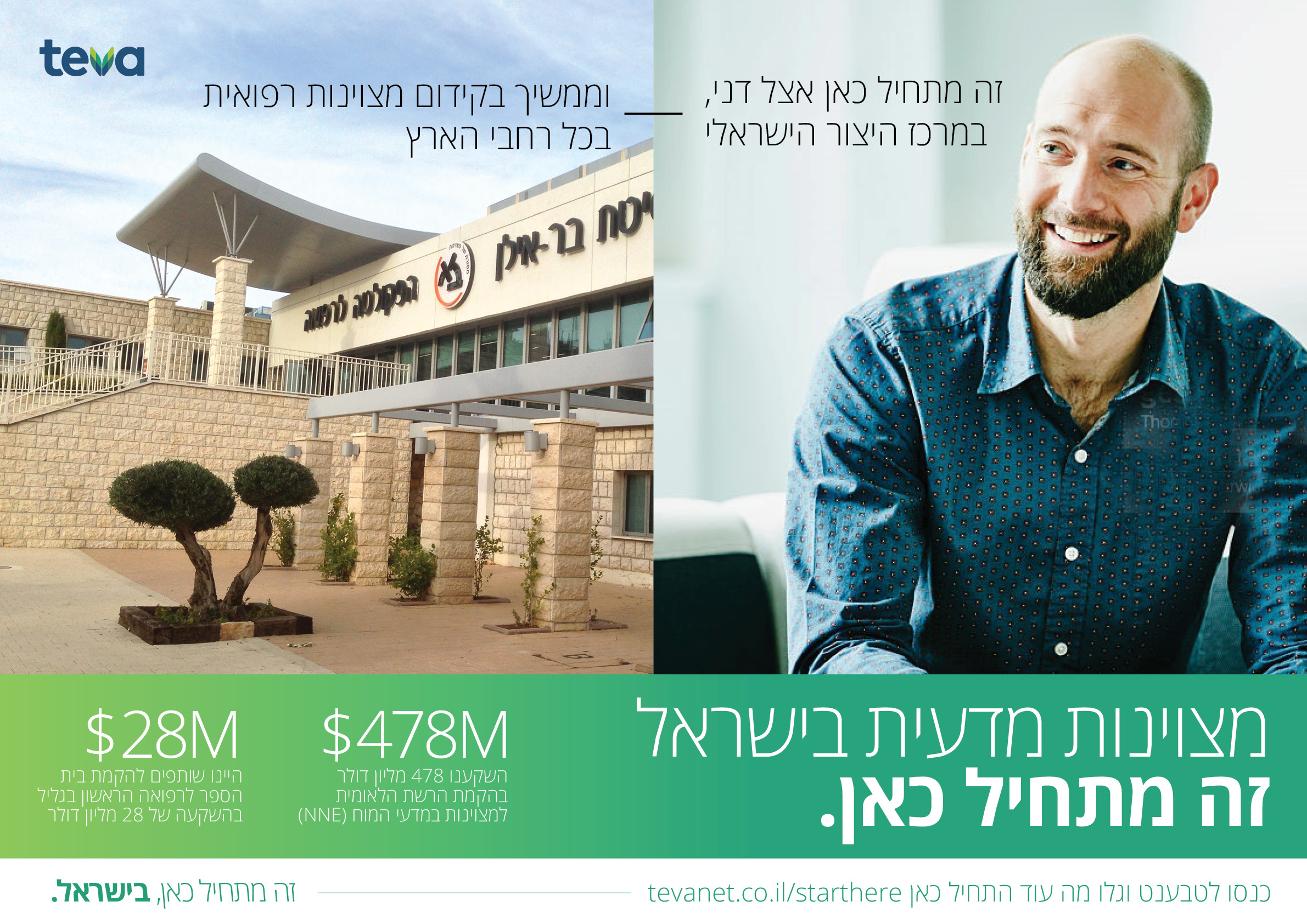 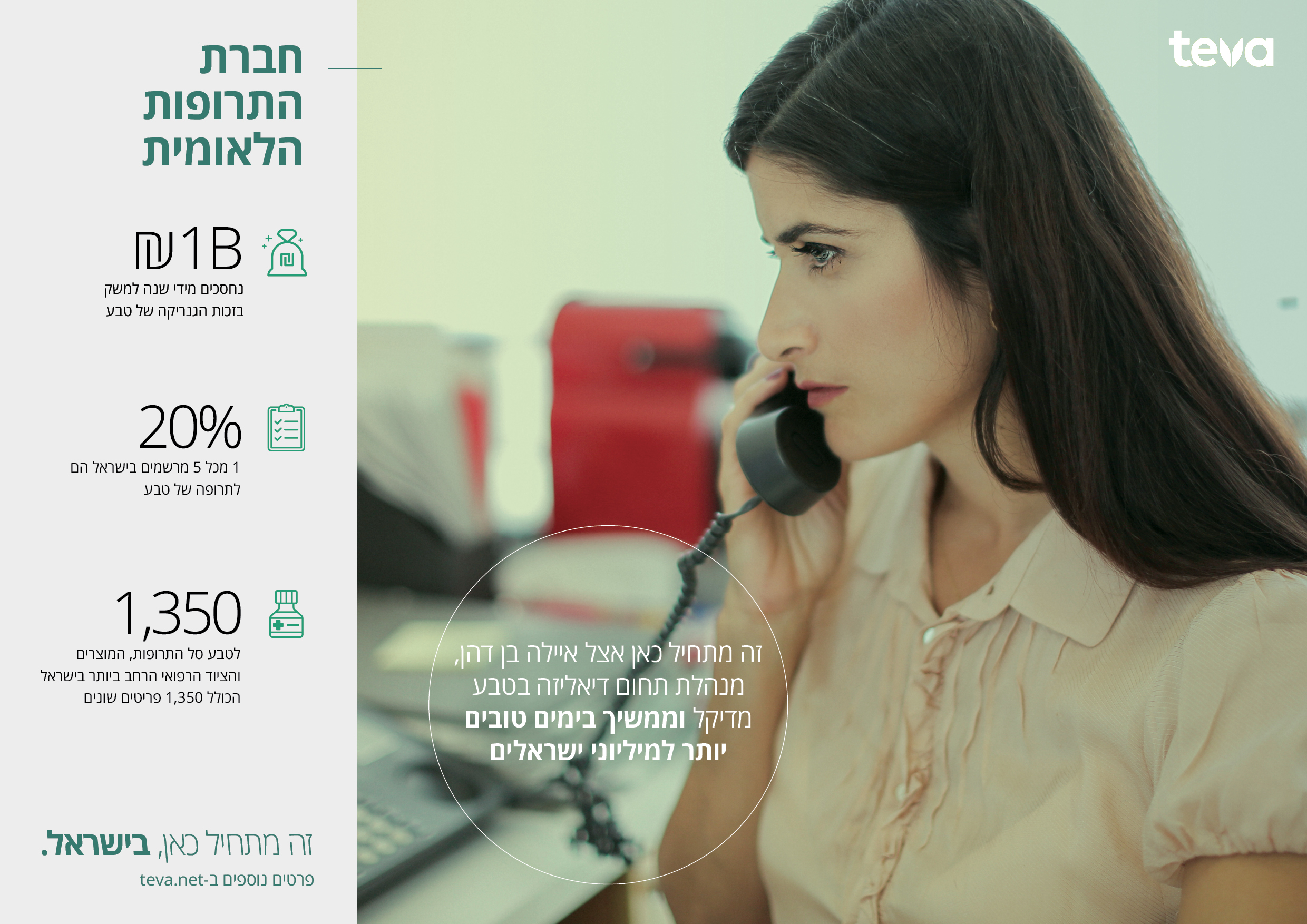 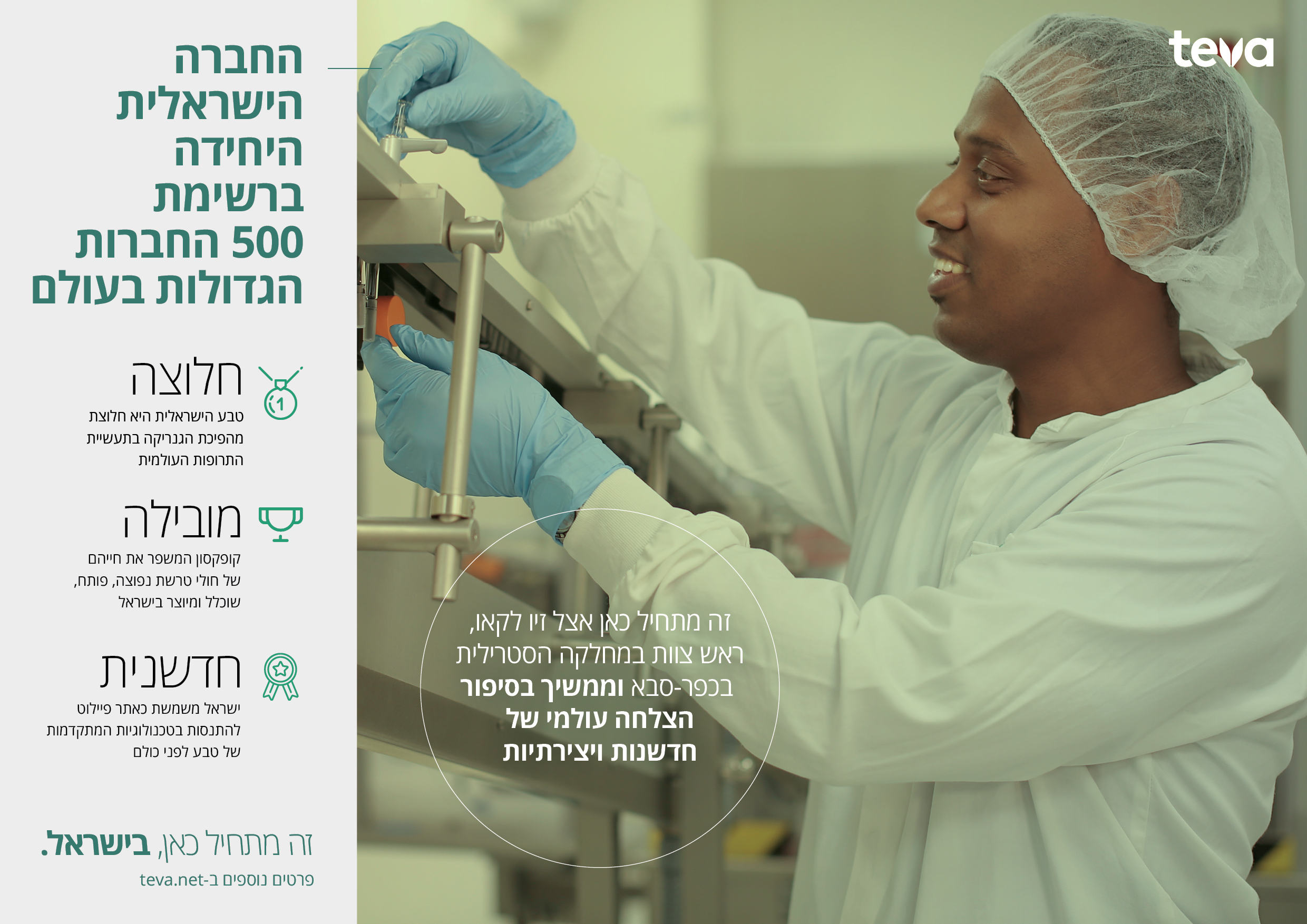 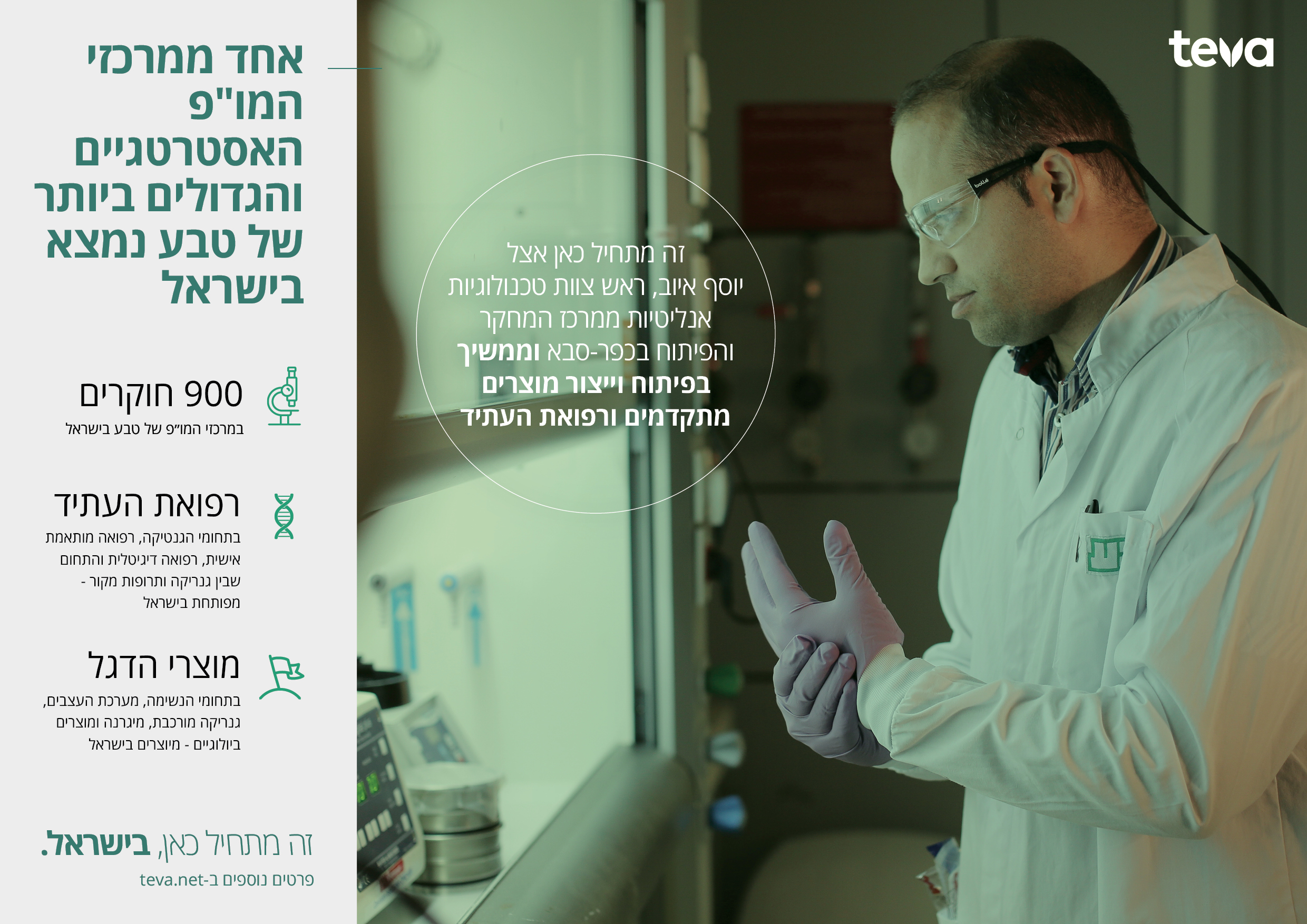 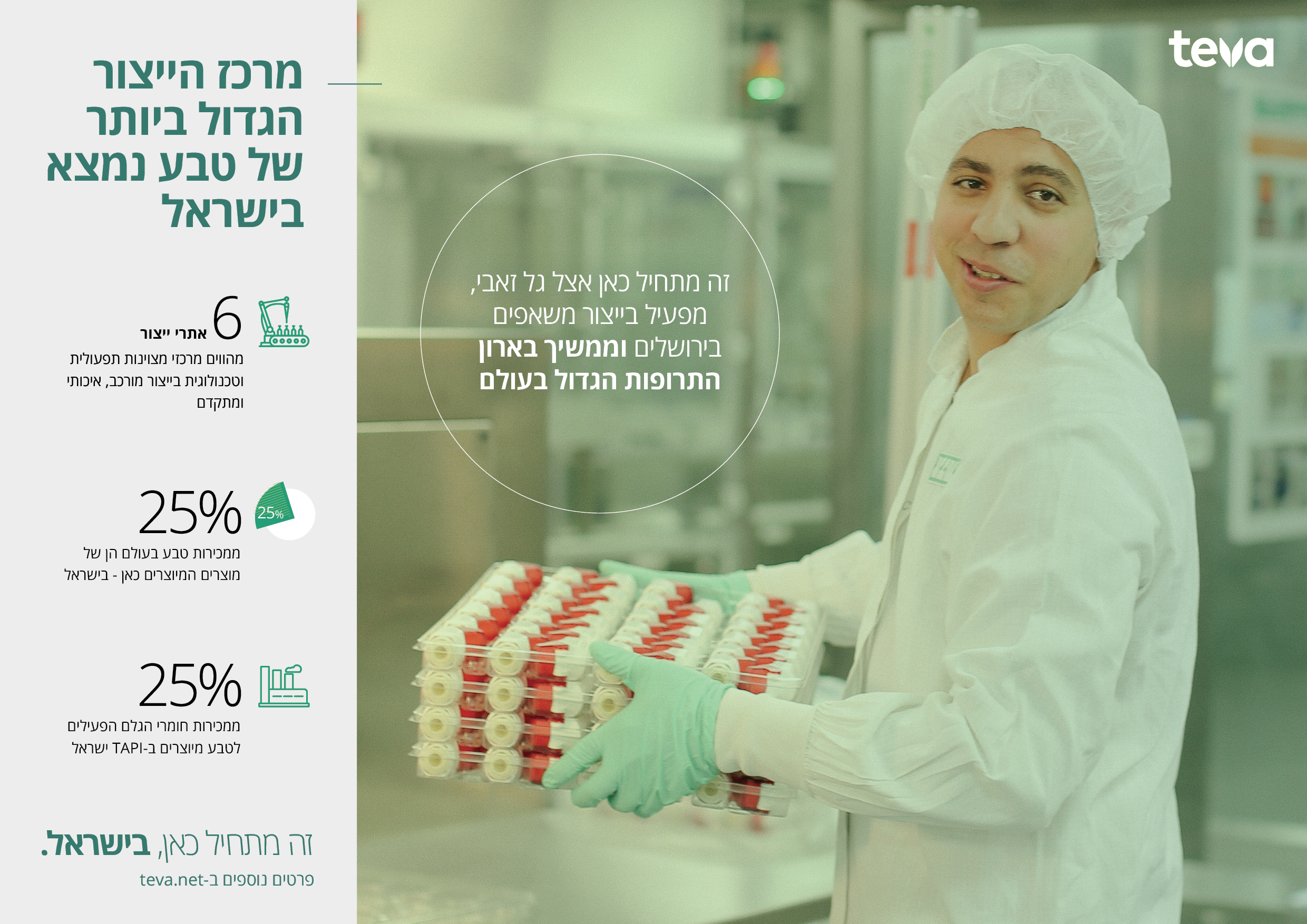 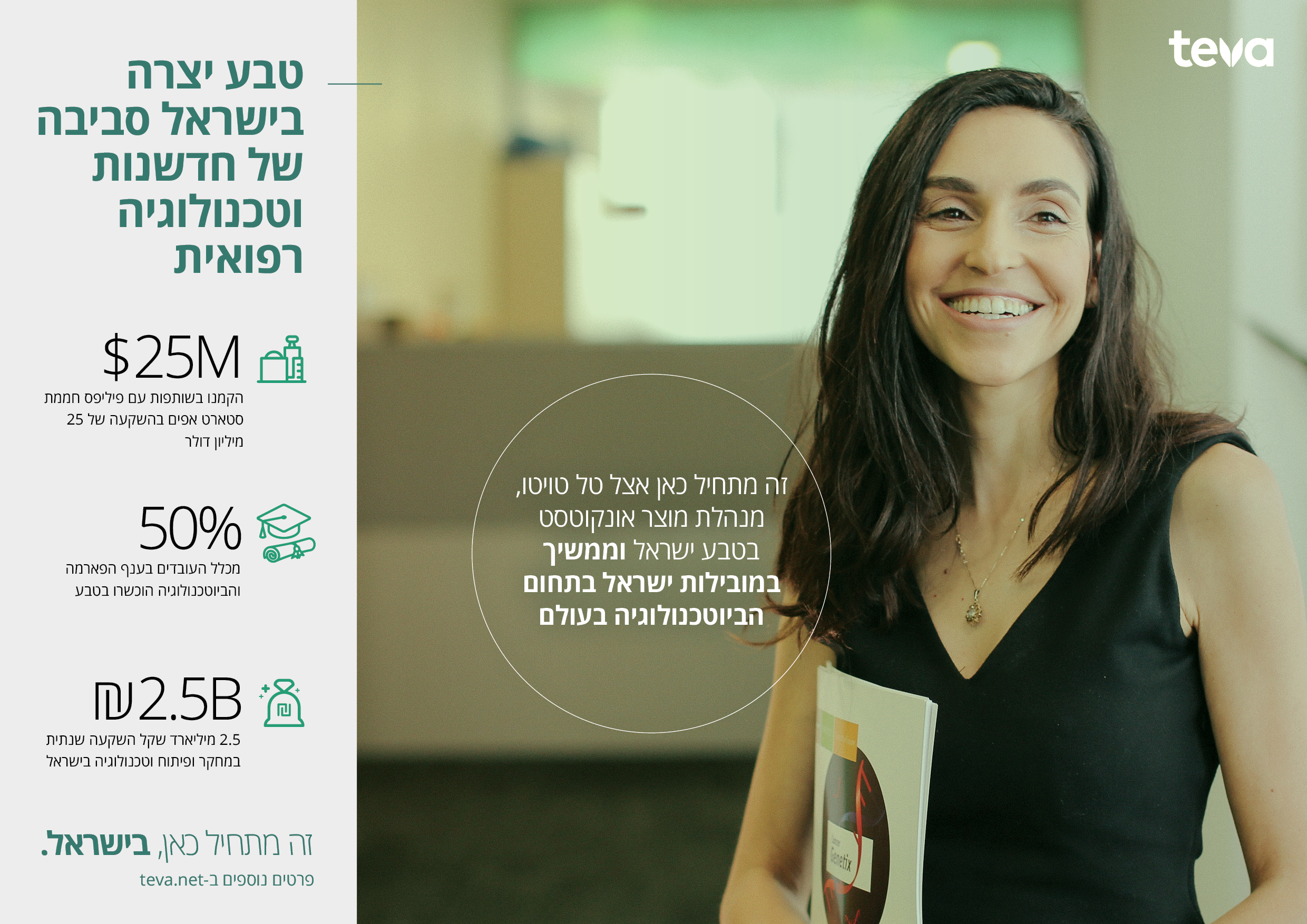 For the new website we put the spotlight on the employees and their achievements that together help bring to life a national success story. We supported this visually and verbally by putting employees in the forefront alongside inspiring messages.

We created an infographic that puts Teva’s numbers front and center, further supporting the story of the company as a source for national pride and international success. 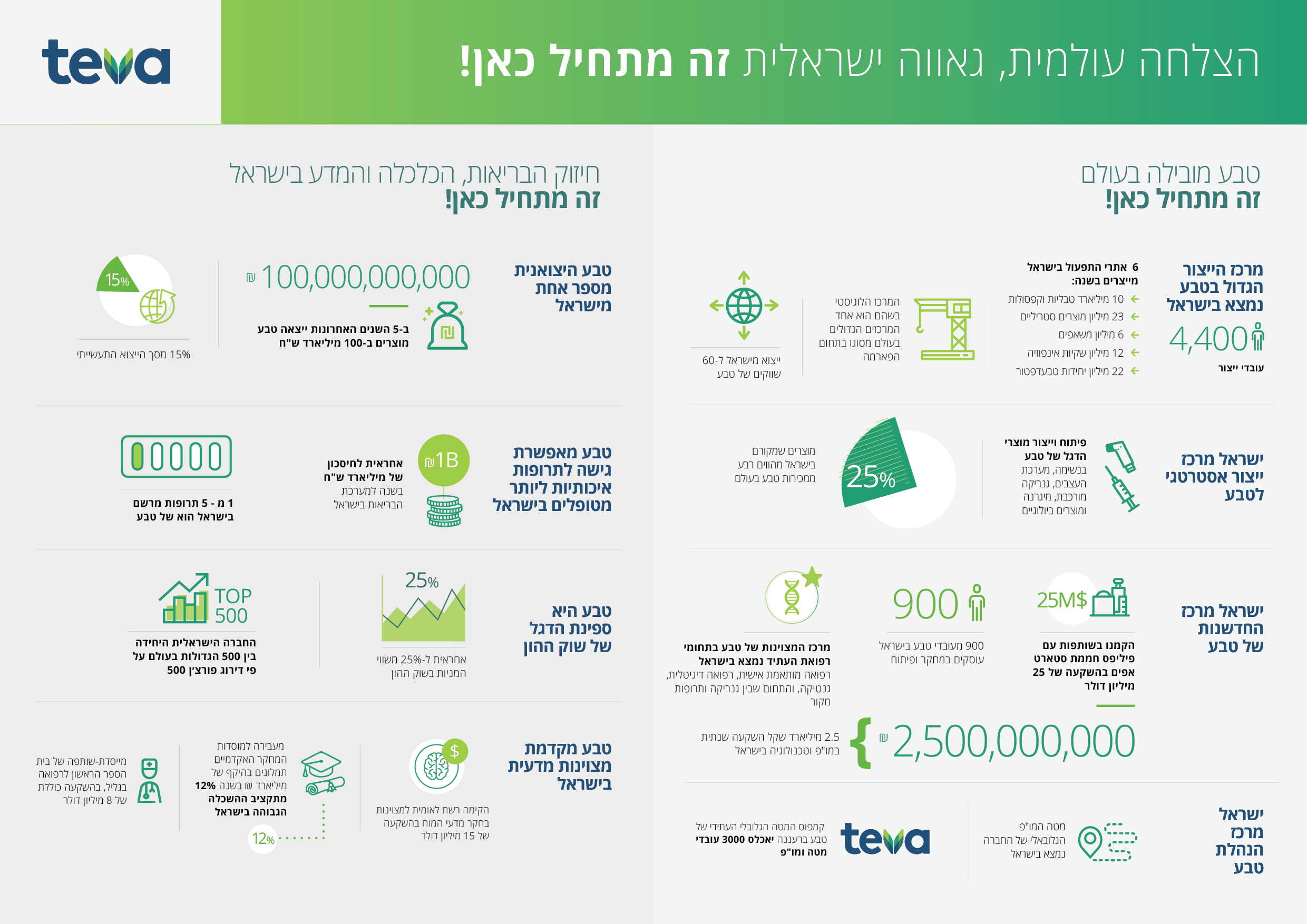 Now let's deal with your EVP

Thank you! We'll be in touch real soon. Promise
Oh noooooo! Something went wrong while submitting the form. Try again, will you?